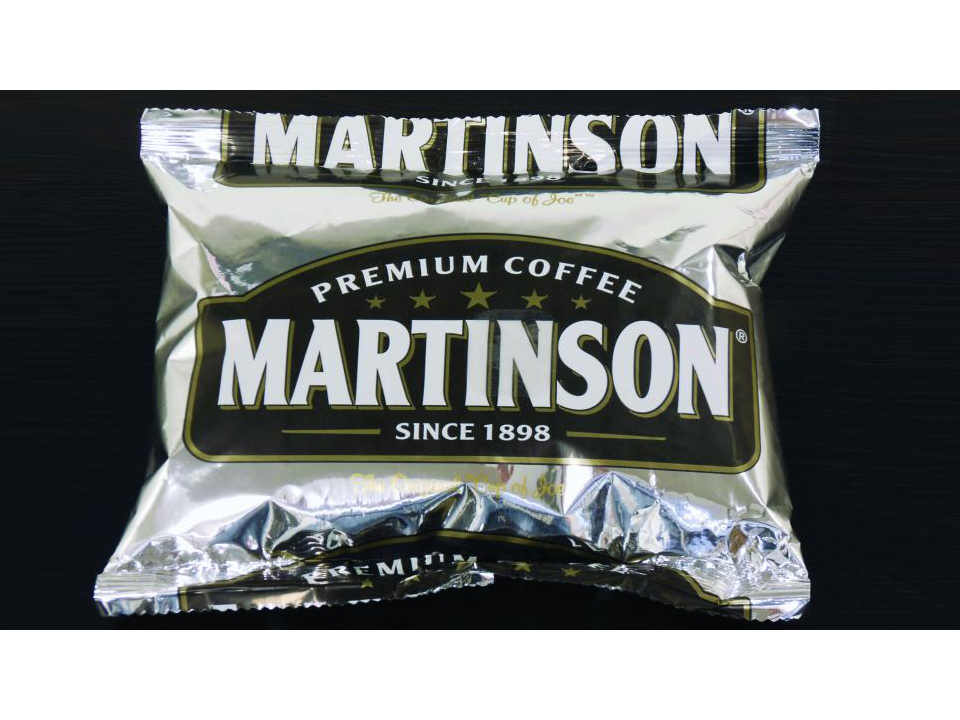 as seen in Coffee Talk (after clicking link, scroll to bottom of page for Matrix inclusion)

With limited floor space and a desire to keep capital and labor costs to a minimum, the company spurred its packaging machine OEM to create an entirely new solution that would double output.

Several years ago, the Mother Parker Fort Worth facility was facing a major production dilemma – the demand was outstripping the ability of the plant to package enough ground roasted coffee. Though straightforward, if cost weren’t a factor, an option would have been to add two more packaging lines and effectively double production. Plant management thought that with ingenuity they could solve the problem and not incur the costs of a new bulk delivery system, new packaging lines, and increased labor.

"At our facility, a suction impulse conveying system delivered ground roasted coffee to a silo above two auger fillers, which fed two form-fill-seal packaging lines with a combined total output of about 180 bags per minute," said Kelly Harber, Maintenance Manufacturing Projects Manager. "The capital cost to replicate the conveying system, let alone the cost and disruption of securing additional floor space for new packaging lines, meant that we had to use the delivery system and the space we had."

Harber and his team began to talk with packaging machine OEMs about replacing the 90 bags-per-minute machines with higher speed units. The problem with that option, was that filling nearly 180 bags per minute, the output required per machine, was for all intents and purposes impossible given the physics of the form-fill-seal bagging process.

The Mother Parkers team began discussions with Milwaukee-based Matrix Packaging Machinery, a ProMach division, about its ideas for an entirely new machine, one that had never been built before. The two companies hashed out the constraints of delivery system, floor space, the intent to keep labor costs the same, and the need for speeds approaching 180 bags per minute per machine.

"We wanted to go beyond the machines we were seeing at trade shows, and to push the boundaries of what was possible in packaging," said Harber. "We structured the project so that Matrix engineers would see they were not creating a one-off machine, but a whole new class of machines that would help them grow their business in the coffee industry. Mother Parkers in return would be the first in the industry to receive the new solution. It really was a win-win, if we could pull it off."

Matrix came up with a design that essentially created two form-fill-seal machines in the footprint of one. The proposed machine would have two filling tubes and innovative controls to give it the flexibility of filling two bags of the same size or two different sized bags at the same time. Output, in theory, would boost production on the two lines to a total of 360 bags a minute. The existing bulk delivery system would be utilized.

"One way to approach packaging, or really any capital project, is to issue a request for bid," observed Harber. "Another is to find technology partners who have the vision and the expertise to produce something entirely new. This packaging application demonstrates the power of not accepting the status quo."

If you are looking to expand your packaging production don't worry, it is possible! Look for a company who is willing to work with you to collaborate on the best solution for you and your company. The results will be in the numbers!