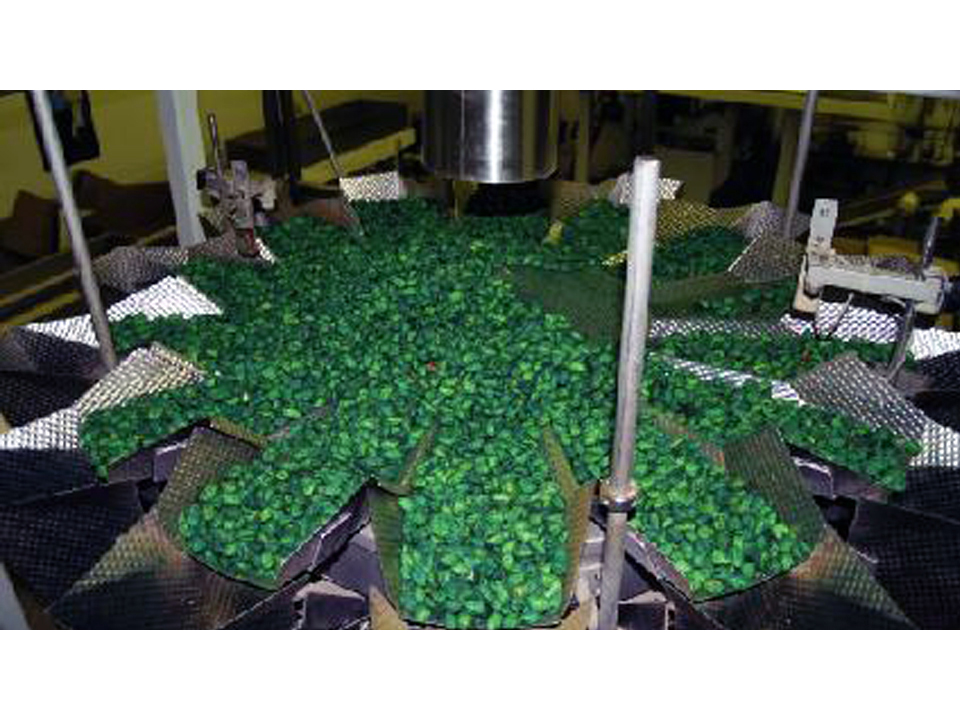 as seen in Packaging World

Constant breakdowns and an increase in production prompt Windy Acres to invest in a new vf/f/s machine.

Packaging operations at Windy Acres in Wilmington, OH, have come a long way since Edward and Maxine English hand-packed candy and nuts in their kitchen to sell at a local flea market 20 years ago. Today, the candy manufacturer stocks more than 250 items, and the couple’s original kitchen scale and sealer have been replaced by fully automated packaging machinery.

But recently, the company’s continuous-motion vertical form/fill/seal machine couldn’t keep up with the increase in demand. In addition to being too slow, the bagger overheated constantly, causing the machine to shut down for 30 minutes at a time, as many as six times a day. Product waste was another issue. When candy and nuts were fed into the scales, some of the product would fall underneath the vibrating feeders. "If we were running mini bubblegum balls, we would get three to five pounds underneath the feeders that didn’t even make it to the scales," says Windy Acres business manager Jason English.

But that wasn’t all. Windy Acres’ main package size is a 10-oz pillow bag that measures 6 in. wide and 9 in. long. The company recently started running 2.5- and 5-lb pillow bags that measure 8 in. wide; however, the weighing system was unable to handle the increase in product for the bulk bags. "We couldn’t do a double dump for the bulk bags because the weighing system only had eight scales," explains English. A double dump slows the machine down to make the larger bag. "Also, the system wasn’t accurate, so we were giving away on average six grams of product," he adds.

The constant breakdowns and the introduction of a bigger bag led Windy Acres to invest in the G Series Mercury from Matrix Packaging Machinery. The new vf/f/s machine can handle bag widths from 2 to 11 in. and bag lengths from 3 to 15.75 in. at speeds up to 130 cycles/min. Windy Acres runs the Mercury at 50 bags/min—up from 32 bags/min on the previous machine—to keep it in synch with the printer. Matrix also supplied a new weighing system from Yamato with 14 scales to handle more product for the bulk bags and improve weighing accuracy. Now, product giveaway averages 2 g a bag instead of 6 g. Furthermore, the new weighing system has eliminated wasted product: "The Yamato attaches more tightly to the feeders," explains English, "so there’s nowhere for the product to go except into the bag."

In addition to the weighing system, Matrix provided a larger conveyor from Meyer Industries that can accommodate 400 lb of chocolate peanuts.

After the candy or nuts are dumped on the conveyor, they are poured onto a lower vibrating cone. An elevator then transports the product 14 ft into the air to a vibrating, stainless-steel pan, which moves it closer to an inverted funnel. The candy falls into the funnel, which leads to the 14 scales on the Yamato system. After weighing, it is dumped into the bag-forming funnel.

Meanwhile, the nutrition facts box, product name, and net weight are printed on what will become the back panel of the pillow bags in black or white (depending on the product color) with a thermal-transfer EasyPrint 32i from Bell-Mark. The film is 200-ga, clear, high-gloss low-density polyethylene/polypropylene supplied by Multi-Plastics, Inc. Following printing, the film is formed into bags and passed through an air labeler (manufacturer unknown), where a 3 x 5-in. oval paper label with an adhesive backing from Inline Label is blown onto the package. The label contains the company logo, UPC, and product name in tan.

Next, the bags are filled and sealed at the top, bottom, and back. The top seal features a peg hole for display purposes. Bags are cut and conveyed to a packing table where they are hand-packed into boxes from Metro Container (513/351-6800).

Windy Acres is thrilled with the Mercury’s performance: "It’s faster and easier to operate, and it doesn’t take up much room," says English. The machine runs so fast, in fact, that an extra person is needed to dump product into the bin if the level gets too low. "Before we installed the Matrix equipment, two people ran the line. One would pack bags into boxes, while the other would float to check on things or dump an extra box of peanuts," he says. "With the Matrix machine, we’re doing bigger runs, so we have two people dedicated to the line and a third person to dump product." Rather than seeing the need for an extra person as a detriment, English views it as proof of the machine’s success.

Since installing the Mercury, production speeds have increased about 75%. "We do frequent changeovers," says English, "and the Mercury makes it easy to change bag size and speed. Before, we were packaging five items a day. Now we’re doing eight or nine items a day."