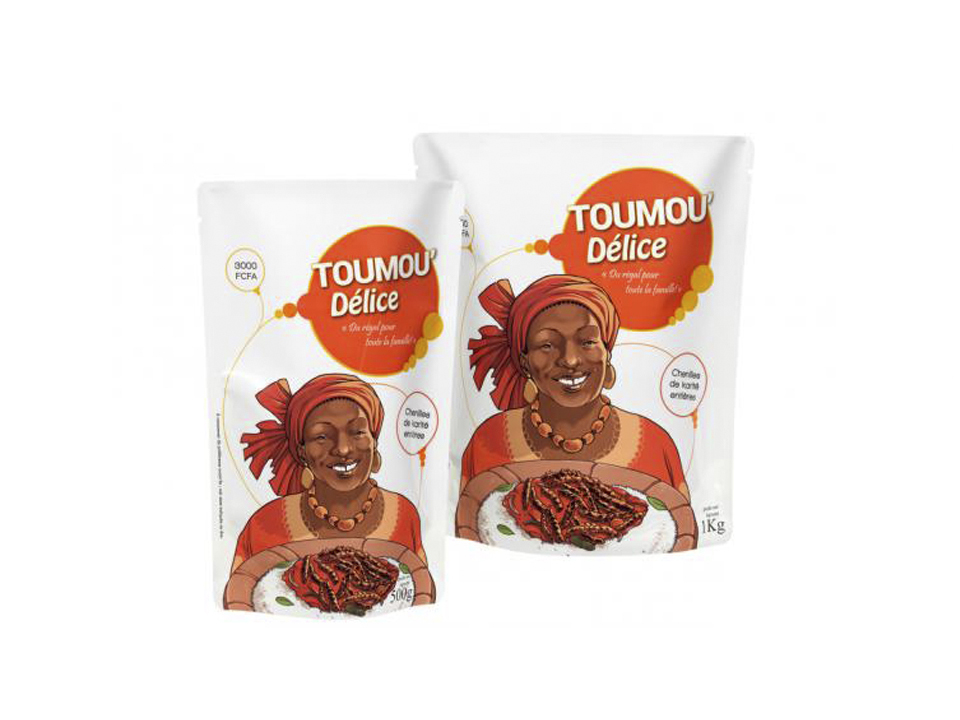 A new retort pouch lets food processor FasoPro package a local protein source in the African nation of Burkina Faso so the food can be delivered throughout the year to help fight devastating malnutrition among its citizens.

With half its population suffering from malnutrition and a mortality rate of 50% in children less than five years old, Burkina Faso is the third poorest country in the world. The landlocked West Africa nation has a strong indigenous crop of shea caterpillar larva, which is a major source of protein for its people. However, this food was previously only available during and shortly after harvest.

Now, a new retort barrier pouch provides a 12- to 18-month shelf life at ambient temperatures, allowing the product to be available year-round.

The 3-layer white pre-made pouch from Ampac consists of barrier PET (polyester)/OPA (nylon)/CPP (cast polypropylene). Because the barrier is provided without an aluminum layer, the retort pouch is microwavable for those households that have this appliance.

In 2014, FasoPro organized the collection, packing and processing of caterpillar larva, which are cooked and eaten whole or ground into high protein powder and used as a food supplement. For this project, the company invested in a semi-automatic filler from Toyo Jidoki, represented in the U.S. by ProMach, and an autoclave system from Steriflow.

FasoPro hopes to provide local employment for 15,000 mothers to collect the caterpillars, further bolstering the region’s economy. With the retort pouch, it anticipates four-fold growth in 2015, with expanded distribution through retailers.